Chronotherapeutics is the purposeful delivery of medications in unequal amounts over time during 24 hours. Rheumatoid arthritis (RA) is an autoimmune disease that follow rhythmic pattern. In the present study attempt has been made to design an oral site-specific, pulsatile drug delivery system containing Lornoxicam. The core tablet containing Lornoxicam(4mg) was prepared by direct compression method using 2 different polymers HPMC E15, HPMC E50 and other excepients. The core tablets were then coated with pH sensitive polymer Eudragit L100 and subjected to in vitro drug release studies and lag time. From the in vitro release it was observed that with all formulations, there was absolutely no drug release in simulated gastric fluid (0.1 N Hcl) for 2 hours and complete drug release was observed after lag time. The optimized formulation (F12) comprising 20mg of HPMC E50 showed a desired lag time of 5.5 hrs, which mimics the fluctuating symptoms of rheumatoid arthritis, followed by rapid release of lornoxicam. 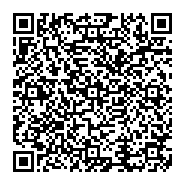