A Simple, sensitive and reproducible stability-indicating UV spectrophotometric method has been developed for estimation of zileuton in bulk and tablet dosage form using ethanol as solvent. The method is based on the measurement of absorbance at 229 nm. Beer’s law is obeyed over the concentration range of 1-10 μg/ml with correlation coefficient 0.999. The method was validated for linearity, accuracy, precision, Limits of detection (LOD), Limits of quantitation (LOQ). In addition forced degradation of zileuton was conducted in accordance with the ICH guidelines. Acidic hydrolysis, basic hydrolysis, thermal stress, peroxide and photolytic degradation were used to asses the stability indicating power of the method. Extensive degradation was found in thermal condition and less degradation in photolytic condition. 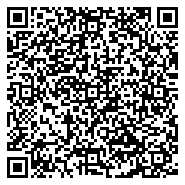