Autism Spectrum Disorder (ASD) is a psychological disorder affected about 1% of the world population (over 75,000,000 people all over the world). Here we discuss the effect of depression and Asperger syndrome with ASD and the effect of depression in the normal adolescence. According to the survey of 2017, people affected by depression globally are 3.4% (approximately about 264 million). Then the World Health Organization (WHO) has recognized depression as the single disease imposing the largest public health burden in the United States and the third largest public health burden in the world. In this review article we discuss the different treatments used according to the patient condition and what are the treatments methods are considered to treat a patient. The diagnosis of depression is difficult in autistic patient when compared with a normal adult and we are observing the case study of few patients and analyse with the help of depression scale. Nearly 8,00,000 people attempts suicide every year which is approximately about a suicide every 40 seconds, suicide is the second leading cause of death for the age group 15-24 years due to depression. Those who suffer from ASD attempts suicide, according to the survey of 2019 studies reporting a range of 7% to 47% attempts suicide and suicide ideation 72% of the cases in small sample. In this review article we are also discuss alternative disorders which come along with depression and ASD. As a result we will be seeing the statistics of the reported cases to reach further conclusions. 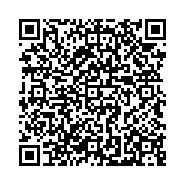