Background: Sickle cell disease is an inherited disorder caused by the single point mutation due to the replacement of valine for glutamic acid at the sixth codon of β-chain of globins (β6Glu → Val). The sickle cell disease condition with hepatic dysfunction shows the abnormal variations in liver function tests including serum aminotransferases enzymes like SGOT and SGPT level were changed and to discuss their significance in sickle cell disease.

Materials and methods: This study was being conducted in the Department of Biochemistry, People’s College of Medical Sciences and Research Centre (PCMS and RC), and Centre for Scientific Research and Development Department (CSRD), People’s University, Bhopal. The study protocol and ethical clearance had been approved by Institutional Ethical Committee (Reference number: PCMS/OD/2016/2551). The sample size was estimated by the expert statistician, which were 111 for case sample and controls. These were employed in the research study after the application of the inclusion and exclusion criteria.

The liver function enzymes SGOT and SGPT were estimated by Reitman and Frankel’s method and were diagnosed by using the Trans Asia diagnostic kits manufactured by TRANSASIA BIO- MEDICALS LTD., B-11, and OIDC. RINGANWADA, DAMAN-396210 (India) in collaboration with ERBA diagnostics Mannheim HmbH Mallaustr. 69-73, D-68291, Mannheim/Germany

Results: In the present study, the mean standard deviations of cases vs. controls were showed significant difference and it was calculated by using the SPSS latest software version-24.

Sickle cell disease is an inherited disorder caused by the single point mutation due to the replacement of glutamic acid to valine at the sixth codon of β-chain of globins (β6Glu → Val) which is an alternation of single nucleotide base from thymine to adenine (GTG → GAG) the molecular change is responsible for the alternation in the properties of the haemoglobin tetramer, with a tendency to polymerize in the deoxygenated state altering normal, flexible, biconcave shaped Red Blood Cells (RBCs) in to stiff, rigid, sickle cell RBCs [1,2]. These changes is related to fundamental pathophysiology, vaso-occlusion, tissue ischemia, sickle shaped erythrocytes, leucocytes, platelets and endothelial cells [2].

Place and ethical clearance of the study

This study was being conducted in the Department of Biochemistry, People’s College of Medical Sciences and Research Centre (PCMS&RC) and Centre for Scientific Research and Development department (CSRD), People’s University, Bhopal. The study protocol and ethical clearance had been approved by the Research Advisory Committee (Ref. number: PCMS/OD/2016/2566) and Institutional Ethical Committee (Ref. No: PCMS/OD/2016/2551).

The sample size estimation had been carried out and confirmed by the expert statistician. The estimation was based on the prevalence of sickle cell disease in Madhya Pradesh, it was found in between the range of 15% to 30% [5-7].

The sample size estimation was carried out by using the formula: N=4PQ/L²

The estimated sample size was found to be 110.68. Hence 111 SCD sample cases or more samples are necessary to meet the desired statistical constraints and 111 healthy subjects were enrolled with their consent forms for the controls group in the study.

Type of study: This is a hospital based, case control, prospective study.

Study duration: The study sample collection had been started from the year 2019 and finished in December-2020.

Source of SCD subjects: The blood samples for the study were collected from People’s Hospital and Civil Hospital Bairagarh, Bhopal, Madhya Pradesh.

A. The subject has a diagnosis of sickle cell disease with other sickle cell related complications alongside acute sickle pain, including not limited to acute chest syndrome, renal dysfunction, liver dysfunction stroke, vaso-occlusive event, and priapism have been included in the study. Patients more than 5 years of age and less than 70 years of age are included in the present study.

B. All the selected and enrolled patients had been confirmed with their specific characters with a single blood transfusion of 3-4 months before blood drawn. The patients with hospitalization were included in the study and were might be or might not be under the continuous antibiotics therapy, Hydroxyurea (HU) treatment. The patients under hydroxyurea treatment advised to stop hydroxyurea for 15-20 days, and after that the blood has to be collected for the research study.

A. Sickle cell subjects less than 5 years and more than 70 years are excluded from the study.

B. Individuals with other hemoglobinopathy are also been excluded from the study.

C. SCD patients under chemotherapy treatment were excluded from the study.

The control group consist 111 healthy normal individuals, healthy persons were comprised of departmental staff, medical students and relatives who were healthy and accompany their OPD or IPD, and their health condition was being detected.

A. Healthy subjects more than 5 years age and less than 70 years of age.

B. Normal healthy individuals were recruited as control group.

A. Participants do not have a diagnosis of sickle cell disease or not any type of hemoglobinopathy.

B. Healthy subjects less than 5 years age and more than 70 years of age were excluded.

The informed consent forms were obtained from the SCD patients and also from the healthy control group. All procedures followed were being in accordance and approved by the Institutional Ethics Committee of the People’s College of Medical Sciences & Research Center, Bhopal and also with the Helsinki Declaration of 1975 and its revisions.

The 5 ml overnight fasting venous blood had been collected from patients and controls under aseptic conditions. Then 5 ml blood was taken in to a plain vacutainer. Then the sample was centrifuged at 3000 rpm for 10 minutes for separation of the serum sample and then the separated sample was immediately stored in a deep freezer at -20°C until its used for further analysis.

1. Sickling test with 2% meta-bisulfite: It is the principle of the sickling test, was based on microscopically observation of sickling of red blood cells when exposed to low oxygen tension.

The activity of SGOT and SGPT has widely used liver function tests to assess the liver conditions; both the enzymes are very sensitive and reliable for the assessment of liver function tests. These enzymes was increased in SCD due to the organ damage property of sickling mechanism that causes liver dysfunction [7].

An increase in SGOT and SGPT is due to the rapid sickling of RBCs in sickle cell disease; the transamination was not completed so the enzymes were not utilized for the conversion of keto acids that leads to increases the transaminases SGOT and SGPT [8].

Our outcomes are correlated with Richard, et al [8]. he stated that the statistically significant alterations in the levels of liver enzymes and other parameters were also seen in all the patients of SCD as compared to controls (p<0.0001), were the levels of LFT parameters significantly (p<0.0001) elevated in cases as compared to controls. But in steady state of sickle cell disease, Richard, et al. studied the same variables in which he reported that, there were no significant alterations in the levels of liver function enzymes in steady state, that could be due to the steady state of the patients where sickling and hemolysis is occur [8]. Mahera, et al. Gardner, et al. concluded in their studies that, there was a significant increase in LFT parameters which were similar to both the results. The similarities were observed in their studies and Gardner K, et al. also studied a milder increase of LFT were also observed in the SCD cases (Figure 1) [9,10]. 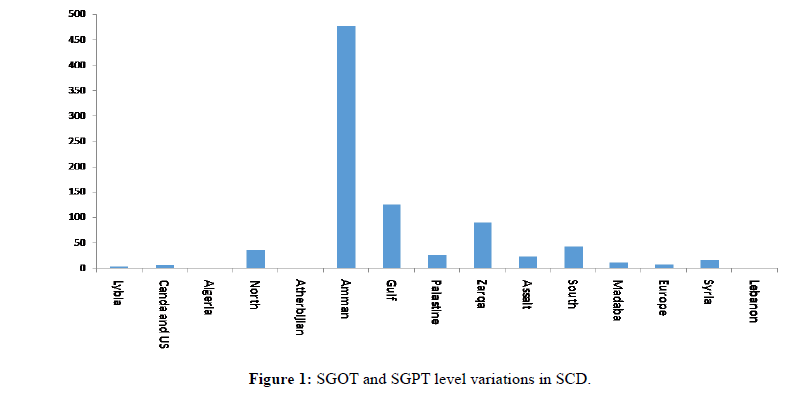 The graph designating that there was severely increased level of SGOT and SGPT found in the sickle cell disease patients as compared to the control. We have also studied by using Pearson’s Correlation Coefficient which showed very significant positive correlation which supported by the different articles discussed in Figure 2. Akuyam, et al. studied in 2007 and he found that there were statistically highly significant increased levels of Total bilirubin, Sr. AST, Sr. ALT and ALP in sickle cell disease [7]. Gardner, et al. and Brody, et al. stated through the observations of his study that, the previous elevations of the Sr. AST (94.4%), ALT (2.8%), were found more in SCD patients [10,11]. Norris, et al. reported that, the acute sickling process selectively affects the liver in 10% of the patients, causing a liver crisis with abdominal pain, nausea, fever, jaundice and transaminases (SGOT and SGPT) were found elevated in SCD [12]. 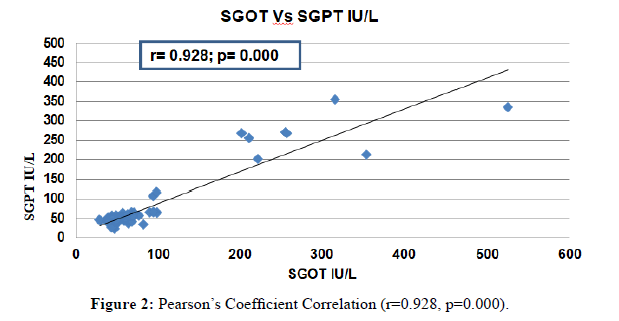 Similarly the scientists Johnson, Schubert, Sheehy and Stephan were stated that, the liver enzymes transaminases were significantly increased in sickle cell hepatopathy, which was due to the rapid sickling and hemolysis of the red blood cells. Schubert, et al. and above other two scientist studied that the enzyme ALP was also markedly elevated in the sickle cell disease, but the ratio of serum aspartate amino transferease and serum alanine amino transferease enzymes were not altered significantly [4, 13-15]. 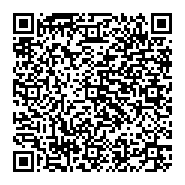