Ocimum sanctum (L.) is commonly used as a herbal remedy for various ailments. But the scientific basis for its medicinal use is unknown, especially in pain and inflammation. Therefore, the present study aimed to investigate the anti-inflammatory effects of Ocimum sanctum stems in laboratory animals. Inflammation remains an area of great research interest, possibly due to the unavailability of a safer and more effective anti-inflammatory agent. This has led to an increased demand for natural products with anti-inflammatory activity, which has fewer side effects. Non-Steroidal Anti- Inflammatory Drugs (NSAIDs) such as indomethacin are used to treat inflammation, fever, and pain. However, NSAIDs cause gastric damage as a major adverse reaction. Methanol, ethanol extract from O. sanctum stem was used to study the acute effect of inflammation in rats using a carrageenan-induced paw edema model in wistar albino rats. The ethanolic extract of O. sanctum showed more impact at doses of 200 mg/kg of body weight at the fourth hour of the study shown dose-dependent and anti-inflammatory activity in acute inflammation (carrageenan-induced hind paw edema, p<0.05)) of inflammation. Hence, present investigation established some pharmacological evidences to support the folklore claim that Ocimum sanctum is used as anti-inflammatory agent.

Inflammation is the biological response of body tissues to harmful stimuli, such as pathogens, damaged or irritating cells, and is a protective response involving immune cells, blood vessels and molecular mediators. Typical features of information processing are pain, warmth, redness, swelling and loss of function [1]. I have different symptoms if there is an influence on the body of the cause. Long-term inflammation can bring a variety of symptoms to your body in many ways. Inflammation is a generic risk and is considered an innate immune mechanism, unlike adaptive immunity, which is specified as a pathogen. The immune system creates information to protect the body from infection, injury or disease [2]. There are many seams that cannot heal without inflammation. Symptoms of common inflammatory conditions. It can also vary depending on the condition which has an inflammatory component. For example, in some autoimmune conditions, the immune system affects the skin and causes rashes. In other types, it attacks specific glands, which affect the body's hormone levels. In rheumatoid arthritis, the immune system attacks the joints. Inflammation can play a vital role in healing, but chronic inflammation can increase the risk of various diseases, including some cancers, rheumatoid arthritis, and atherosclerosis. Periodontitis and hay fever and several experimental models of paw edema have been described. Carrageenan-induced paw edema is widely used to determine the acute phase of inflammation. Histamine, 5-hydroxytryptamine and bradykinin are the first detectable mediators in early stage of carrageenan-induced inflammation [3]. While prostaglandins are detectable in the late stage of inflammation [4]. The drugs currently used for the treatment of pain and inflammatory conditions are narcotics, eg. opioids or non-narcotics. All of these drugs have well-known toxicities and side effects [5]. Furthermore, synthetic drugs are very expensive to develop and cost between $ 2 million and $ 8 million to develop. On the contrary, many plant-based drugs have been used for a long time without negative effects. Exploring the healing power of plants is an ancient concept. For centuries, people have tried to alleviate and cure diseases with different plant extracts and formulations [6]. Therefore, it is essential that efforts are made to introduce new medicinal plants to develop cheaper drugs. Plants still represent a large untapped source of structurally new compounds that could serve as a guide for the development of new drugs [7] (Figure 1). Currently, the World Health Organization (WHO) recognizes that herbal medicine is practiced worldwide as an essential component of primary health care [8]. According to the WHO, over 80% of the world's population still depends on medicinal herbs as their main source of medical care [9]. Tulsi has been the state used for thousands of years in Ayurveda due to its proprietary healing nature. A suggestion that around 1,300 plant species around the world have been used as medicines. Natural plant-based components can be derived from any part of the plant, different parts (leaves, stem, flower, root, seeds and even the whole plant) and used in the traditional medicine system [10]. Several medicinal properties have been attributed to O.sanctum linn. Different parts of tulsi plant e.g. leaves, flower, stem, roots, seeds etc. are known to possess therapeutic potential and have been used by traditional medical practitioners as expectorants, analgesic, anticancer, anti-asthmatic, anti-emetic, diaphoretic, anti-diabetic, antifertility, hepatoprotective, hypotensive, hypolipidmic and anti-stress agents. Tulsi has also been used in the treatment of fever, bronchitis, arthritis, convulsions, etc [11].

Collection, authetication and preparation of extraction

Fresh stems of Ocimum sanctum were collected from GMS Road region, Dehradun India, and authenticated and confirmed by scientist Dr. D/HOO Kumar Ambrish, Dept. of Botany, India Botanical Survey, North Region Center, 192, Kaulagarh Road, Dehradun. The voucher sample was kept in the Botanical Survey of India laboratory for further reference. The entire stem of O. sanctum was collected, air dried in the shade and placed in a filter paper thimble. The thimble containing the drug was placed in a soxhlet apparatus and solvents were slowly added to it and passed through the thimble and collected in a round bottom flask. Here, 3 cycles were performed and the assembly was performed for 6 hours and the temperature did not exceed 60°C. The subsequent extraction was performed using solvents in the order: Aqueous, methanol, ethanol. After the extraction process was completed, the heating was stopped and the liquid mixture was collected and placed on a porcelain plate. The mixture was evaporated to dryness in a water bath. Suitably cooled and stored in a tightly closed container and stored at 4°C.

Carrageenan-induced edema in rat hind paw: Weighted albino wistars of both sexes (150-250 g) were used and 36 rats were selected and divided into six groups of six animals each (n=6).

This method is based on the plethysmometric measurement (IITC 520) of the edema produced by the sub-implant injection of carrageenan, in the right hind leg of a rat. The volume of the hind leg obtained 1h, 2h, 3h and 4h after carrageenan injection in both control and test animals.

Comparing edema produced in control and drug-treated rats, the percentage of edema inhibition was calculated as follows Reduction in the paw volume compared to the vehicle-treated control animals was considered as anti-inflammatory response [12].

Where, Vc=Volume of paw edema in control animals.

The test was used to determine the anti-inflammatory activity of Ocimum sanctum [13]. The animals the extract by the reported method pretreated with the extract of Ocimum sanctum stem (200 and 400 mg/ kg) or Indomethacin (25 mg/kg) one hour before were injected with 0.1 ml of 1% carrageenan (in 1% CMC) into the sub-plantar region of right hind paw and paw volume was he water column in a measured by dislocation of plethysmometer using plethysmographic reported (IITC 520) [14]. Immediately after carrageenan application reduction in the paw volume compared to the vehicle-treated control animals was considered as anti-inflammatory response [15].

Statistical analysis: Data were subjected to one-way Analysis of Variance (ANOVA) using SPSS 11.0 software. The results of antiinflammatory activity were expressed as "mean increase in paw volume ± SD". Analysis of Variance (one way ANOVA) was followed by Dunnetts t-test for control, standard and test group comparisons were used for statistical evaluation. P values<0.05 were considered as significant and P<0.001 as highly significant.

The acute toxicity of the different extracts of O. sanctum was determined according to the OECD guidelines no. 423. (Acute toxicity class method). This study revealed the non-toxic nature of the entire extract even at the maximum starting dose of 2000 mg/kg of animal body weight (OECD, Pharmacological evaluation (anti-inflammatory activity)-Anti-inflammatory activity evaluated by model.

Yield of different extracts namely, aqueous, methanol, ethanol, and water of O. sanctum stem was calculated as 6.0%, 9.0% and 8.0% w/w respectively. Results are presented in Table 1. All values are expressed as mean ± SD (n=6) df=(3, 20) observation; mean of various groups were statistically compared by one way ANOVA followed by Dunnett’s multiple comparison. ap<0.05 is significant; 0.001 is highly significant (Figure 3). All values are expressed as mean ± SD (n=6) df=(3, 20) observation; mean of various groups were statistically compared by one way ANOVA followed by Dunnett’s multiple comparison. ap<0.05 is significant; 0.001 is highly significant.

Carrageenan-induced edema involves the synthesis or release of mediators at the injured site correlated with early exudative stage of inflammation [16]. These mediators include prostaglandins, especially the E series, histamine, bradykinins, leucotrienes and serotonin all of which also cause pain and fever [17]. Ocimum sanctum stem extract are quite compatible with those of the standard drug indomethacin in dose dependent manner. Therefore, the drug appears to be effective against Carrageenan-induced anti-inflammatory activity. This finding justifies the usefulness of Ocimum sanctum stem extract in the treatment of inflammation. It is concluded that tulsi fraction of stems extract of Ocimum sanctum possesses significant anti-inflammatory activity, which is comparable to indomethacin.

The present study is related to various phytochemicals such as alkaloids, carbohydrates, phenol, tannin, saponin, glycosides, flavonoids and many others are present in the tulsi stem. Tulsi extracts have various pharmacological properties such as antioxidant, antibacterial, antiinflammatory, antistress, antiseptic, hypotensive. Phytochemicals and various other aromatic compounds in the plant serve as a defense mechanism against many microorganisms; insect phytochemicals can be used in a variety of ailments [18]. The active constituents eugenol (1-hydroxy-2-methoxy-4-allylbenzene), present in the Ocimum sanctum which has been found to be largely responsible for the therapeutic potential. Tulsi is an important medicinal plant due to its many applications in medicine. Standardization and quality control concern the study of safety, purity, potency and therapeutic efficacy and is always required for herbal medicines and raw materials.

Since carrageenan-induced inflammation model is a significant predictive test for anti-inflammatory agents acting by the mediators of acute inflammation [19], the result of our current study is an indication that O. sanctum can be effective in inflammatory disorders.

Since the ethanol extract exhibited significant inhibition of edema volume at fourth hour after administration of carrageenan in comparison to control, the possible mechanism of anti-inflammatory activity of the extract may be its ability to inhibit the biosynthesis and/ or release of prostaglandin-like substances [20, 21].

The present study was an attempt to establish diagnostic characteristics of Ocimum sanctum (Linn) stem. Finding of this study can be employed as suitable quality control measures to ensure the quality, safety, and efficacy of this herbal drug material. The various parameters studied are useful to identify and authenticate the traditionally important medicinal plant Ocimum sanctum (Linn) stem. WHO emphasized to conduct such studies which ultimately are helpful in the preparation of herbal monographs and pharmacopoeia standards? The phytochemical studies indicate that it is a useful plant to investigate for phytochemical and biological assays. The results of present study lead to conclusion that ethanolic extract of Ocimum sanctum (Linn) stem showed highest antiinflammatory activity and should be further investigated for isolation and purification of medicinally important phyto-constituents. The pharmacognostic studies may be employed as supplement information in respect of identification parameters in the way of acceptability and quality control of this plant. Indomethacin 25 mg/kg treated animals have shown 90% protection against Carrageenan-induced paw edema, whereas MEOS 200 mg/kg, MEOS 400 mg/kg, EEOS 200 mg/kg and EEOS 400 mg/kg have shown 75.6%, 63.3%, 86.2% and 68.2% protection respectively against Carrageenan-induced paw edema. EEOS is found more effective than MEOS. EEOS 200 mg/kg dose was found more effective than EEOS 400 mg/kg.

With deep sense of gratitude I express my sincere thanks to my esteemed and worthy supervisor, Dr. Arvind Negi, Professor, GRDIMT, Dehradun, Uttarakhand, for his valuable guidance and innovative suggestions. 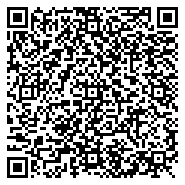