Cordyceps militaris, an effective antioxidant along with anti-hyperglycemic, antitumor, and immune-modulatory effects, belongs to family Cordycipitaceae. The medicinal mushroom Cordyceps militaris has active constituent cordycepin which possess various pharmacological effects. The UV method development and validation of Cordyceps militaris extract was carried out. The extract was scanned over UV-visible range for its wavelength of maximum absorbance. Various calibration standards were prepared, and absorbance was recorded at wavelength of maximum absorbance. Various analytical method validation parameters viz. accuracy, precision, LOD, LOQ, robustness and ruggedness were calculated using QC standards. The transfersomes and SLNs of Cordyceps militaris were prepared and difference in characteristics was observed. The transfersomes were prepared by method and SLNs were prepared using hot homogenization technique. The formulations were subjected to various evaluation parameters and the results suggested that the formulations were stable as well as the values obtained were within the required range. The encapsulation efficiency for transfersomes and SLNs were reported to be about 80% and 83% respectively. The difference may be due to different types of lipids used in the two formulations. The particle size reported for both the formulations were within the range of 155 nm to 160 nm along with the PDI below 0.3. About 97% to 98% of the active ingredient was released from the formulations over the period of 24 hours which indicates that the formulations showed controlled release drug release pattern. Thus it proved that transfersomes and SLNs are potential drug delivery carriers and can be used to improve the bioavailability as well as controlled release of the active ingredient from the formulation. 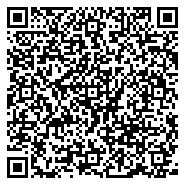