UTILIZATION OF PETHIDINE INJECTION IN A QUASI-GOVERNMENT HOSPITAL IN GHANA

Pethidine is often used in management of moderate to severe pain which improves quality of life. Though used in several countries, its rational use is of concern due to its potential adverse effects. This cross-sectional descriptive study assessed pethidine utilization from 2012-2014, and prescribing trend from December 2014 to March, 2015 at the Ghana Police Hospital. Data collecting tools were used to obtain information on prescribing and utilization patterns at the dispensary within study periods. Of the 292 patient cards with pethidine analyzed, inpatients were 92.5 %, and 81% were on national insurance. Patients from the Obstetrics and gynaecology (80.5 %) had the highest proportion of pethidine prescription. Majority of indications and doses for which pethidine was prescribed were in line with National Guidelines. Proportion of annual pethidine usage to annual hospital utilization declined from 6.3 to 5.4%, in 2012 to 2014. Study revealed decline in pethidine use at the hospital, and its prescribing was with caution. 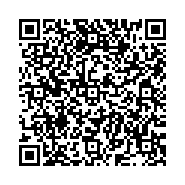