Conventionally, toxicogenic strains of C. diphtheria, C. tetani and B. pertussis are grown on a media of animal origin for production of DTP group of vaccines. This media poses various risks such as Bovine Spongiform Encephalopathy (BSE), microbial contamination and allergic reactions. To avoid such risks, media containing nutrients of vegetative origin are substituted. The present study involves the toxicity, biochemical and sterility testing of DTP group of vaccines produced on such vegetative media to determine their quality and safety. Toxicity tests are based on the observation that there are body weight changes characteristic to each vaccine and such standardized changes can be used as references for evaluating test vaccines. Sterility test was performed on the final bulk and lot to confirm that the product is free of bacterial and mycotic contamination. Biochemical tests were also carried out to determine the content of aluminium, thiomersal and formalin. The results confirmed that the DTP vaccine samples met the criteria set by I.P., 2007 for toxicity, sterility and safety. 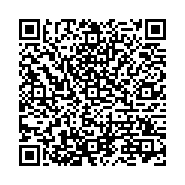