The Prevalence, Epidemiology, Patient Well Being and Adherence to Therapy and Disease Burden of Multiple Sclerosis in Jordan

Objectives: To estimate the clinical, demographical and epidemiological features of Multiple Sclerosis (MS) in Jordan in addition to patient adherence to therapy and disease burden.

Methods: Data for patients with clinically definite diagnosis of Multiple Sclerosis (MS) visiting major referral hospital for MS in Jordan were collected during the time June-December 2020.

Conclusion: Initial symptoms typically occur between 23 and 43 years of age, and women have about twice increased likelihood of developing MS compared to men. The first presentation of the disease varies among patients. There is an increase in MS cases, and this might be due to different factors such as genetic and environmental and vitamin D deficiency. There is an increased awareness among medical staff in the last ten years. Lack of awareness of MS among patients and community renders negative impact and adherence to therapy. 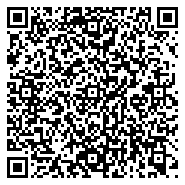