Currently self medication NSAIDs getting much done in the community. Efforts are made by using drugs on their own without any guidance from health professionals. The fact that there is a lot done despite such action, but not many people who know choose and rational use of NSAIDs. NSAIDs are widely used in self-medication as an analgesic, antipyretic, and anti-inflammatory. The main side effects are nausea, vomiting, diarrhea, stomach bleeding, and dyspepsia. NSAIDs area class of drugs can be delivered directly to the client by the pharmacist at the pharmacy. A pharmacist as professionals in the pharmacy has a major contribution to the client's decision to self-medication NSAIDs. The purpose of this study was to determine the effect of the practice of pharmaceutical care by pharmacists during a service clients NSAIDs by self medication to increase knowledge and change attitudes of clients, thus expected to achieve an optimal therapeutic effect.This study was an experimental study that conducted 7 training to pharmacists in pharmacy practice in Surabaya with a guide booklet, the pharmacist then implement pharmaceutical care in the service of self-medication NSAIDs to their clients follow the guidelines in the booklet. Monitoring results of interventions by pharmacists in selected pharmacies were evaluated using pre Experimental Design type-One Group Pre Test Post Test Design. The results showed pharmaceutical care by pharmacists in the service of self medication with NSAIDs guide booklet significant effect on attitude change in the use of NSAIDs clients with Sig. (2-tailed) 0.03≤0.05andsignificant effect on the improvement of the client's knowledge of the NSAIDs with the Sig. (2-tailed) 0.00 ≤0.05. 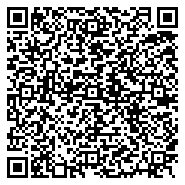