Alzheimer’s disease (AD) is a progressive, neurological and psychiatric age associated disorder. Ageing and age-related neurodegenerative disorders like AD are associated with Oxidative-nitritive stress that may cause impairment of learning and memory in animals and human beings. These losses reflect the failure of cellular processes that encode memory or disturbances in events that retrieve it. The oxidative stress play a major role on the aging process and associated cognitive decline, therefore antioxidant treatment may alleviate age-related impairment in spatial memory. Age-related morphological alterations of hippocampus and other areas associated with memory formation may be a reason for Cognitive impairment. The aim of this study was to examine the relationship between the effects of Minocycline, a tetracycline derivative on spatial memory in aged male rats. In this study 24 months old male rats were used. Rats were divided into control and Minocycline groups and injected intraperitoneally (ip) for 25 days. Learning experiments were performed using Morris water maze. Spatial learning was significantly better in Minocycline treated rats compared to Aged rats. Minocycline treatment elicited a significant decrease of lipid peroxidation and nitrittive stress. A significant increase of glutathione peroxidase, catalase and SOD activity was also observed in Minocycline treated rats compared with aged animals. In conclusion, we demonstrated that Minocycline increases spatial memory performance in aged male rats and this increase may be related to suppression of lipid peroxidation and other oxidative stress parameters. The results of such studies may be useful in pharmacological modification of aging process. 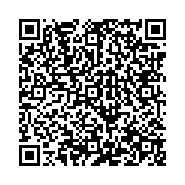