Vitamin D, commonly known as sunshine vitamin, is both indispensable and vital for human beings. The prevalence of vitamin D deficiency (VDD) is on the rise globally including the sunny regions such as in the UAE. The aim of this study was to examine the relation between the degree of chronic vitamin D deficiency as a risk factor of the incidence of type 2 diabetes mellitus among adult populations. This is a single-centre observational retrospective cohort study conducted in a tertiary hospital in the UAE. It was mainly based on reviewing the electronic data-base and medical records of all chronic patients that match the inclusion criteria. The inclusion criteria of this study included all adult patients aged between 18 and 55 years old, tested for vitamin D level, visited the practice at least three times in the past year. The exclusion criteria included renal failure patients, patients who had malabsorption disorders and those with T2DM risk factors. A sample size of 35,000 adult patients who were screened in a period of 12 months for vitamin D level was selected using the lab database. Patients were checked against the inclusion criteria and of them, only 391 patients met the inclusion criteria. Other diabetes risk factors such as obesity, family history, pre-diabetes, presence of co-existing hypertension and dyslipidemia were also reviewed and excluded. The results of this study showed that a total of 56 patients [14% (95% CI 10.56- 17.44)] had normal results compared to 335 patients [86% (95% CI 82.56-89.44)] who had a chronic vitamin D deficiency. In addition, the results showed that 17% (95% CI 13.28- 20.72) of the 391 patients had mild vitamin D deficiency (VDD), 31% (95% CI 26.42- 35.58) moderate VDD and 38% (95% CI 33.2- 42.8) severe VDD. A total of 32% of patients with severe vitamin D deficiency developed diabetes compared to only 16% from patients with normal vitamin D deficiency and statistically showed significant difference from all other VDD groups as to developing T2DM. This indicates that the more the severity of vitamin D deficiency, the more the susceptibility to develop T2DM. Of a note, in the prevalence of severe chronic VDD, female patients showed significantly higher percentage (61%) of VDD compared to their male counterparts (39%). According to the results of this study, there is a clear relation between severe vitamin D deficiency and incidence of type 2 diabetes mellitus, whereas, mild and moderate VDD showed no difference from normal. 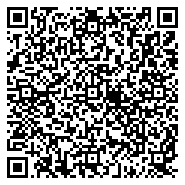