A simple, rapid, and precise, stability indicating RP-HPLC method for simultaneous analysis of olmesartan medoxomil (OLM) and Atorvastatin (ATR) in bulk has been developed and validated. The analytes were separated by using a Waters symmetry C18 analytical column (250mm × 4.6mm, 5 μm) with a mobile phase consisting of Acetonitrile and 0.02 M potassium dihydrogen phosphate buffer containing 0.1% heptanesulphonic acid sodium (pH 3.0, adjusted with o-phosphoric acid) in the ratio of 55:45 (v/v) at a flow rate of 1.2mL/min. The chromatographic separation was monitored at 253 nm with a run time of 10 min. A volume of 20 μL was injected into the system. Olmesartan medoxomil and Atorvastatin were eluted with approximate retention times of 4.15min and 7.36 min respectively. Calibration plots were linear over the concentration ranges 0.5 to 10μg mL−1 for both the drugs. The high recovery and low coefficients of variation confirms the suitability of the method for simultaneous analysis of the two drugs in formulations also. 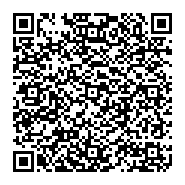