Present work described a precise, accurate and reproducible RP-HPLC method for simultaneous estimation of Clopidogrel and Rivaroxaban. The separation was carried by Kromasil C18 column (250 × 4.6 mm, 5μ) with UV detection at 240 nm. The mobile phase consisting of acetonitrile and water in a ratio of (90:10, v/v) and at a flow rate of 1 mL/min. The method was linear over the concentration range for Clopidogrel 1.0-20.0 μg/mL and for Rivaroxaban 1.0-20.0 μg/mL. The method was validated and was successfully employed for the analysis of Clopidogrel in combination with Rivaroxaban synthetic combination. The proposed method was found to be accurate, reproducible, and consistent. 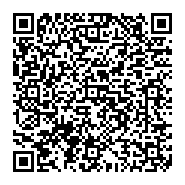