This paper(documented by clinical assay and Susceptibility testing )will discuss, an innovative remedy (SHRAGA™), containing Griseofulvin (GF), for treating Otomycosis , a fungal infection of the ear external auditory canal, by topical use, This composition includes: Tea tree oil (TTO) used for dissolving the (GF )in water , with its additional role of synergism effect to GF. Betamethasone (BM) which is a steroid, a synthetic glucocorticoid, known for its potent anti-inflammatory action, which also suppresses the immune response to GF. GF compound is non soluble in water and therefore was not available so far for use as topical treatment. Our methods make the facility for solubility of Griseofulvin in water for using it as a topical drug. Aspergillus. and Candida species are the most common isolated organisms in fungal external otitis(Otomycosis) .i and were eradicated by(SHRAGA™). GF alone has no any effect to Aspergillus. and Candida species. TTO originally by100% concentration has a negligible effect on Aspergillus, and Candida species which is toxic. In the contrary (SHRAGA™), using a low concentration of TTO and GF, has safe and almost 3 fold effectiveness. (SHRAGA™) is most effective for treating the majority of fungi such as Dermatophytes, Molds and Yeasts by topical use, whereas other remedies available in the market specialize in treating only one or at the most two fungi . 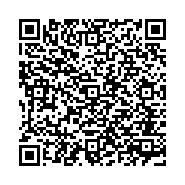