SCREENING OF NOOTROPICS: AN OVERVIEW ON PRECLINICAL EVALUATION TECHNIQUES

Nootropics are also referred as smart drugs, memory enhancers, and cognitive enhancers. They are reported to improve mental function such as cognition, memory, intelligence, motivation, attention and concentration. They are thought to be work by altering the availability of brains supply of neurochemicals, by improving the brains oxygen supply or by stimulating nerve growth. Alzheimer’s disease (AD) is a progressive neurodegerative disorder which affects older individuals and is the most common cause of dementia. It may progress to a totally vegetative state. Atrophy of cortical and sub-cortical areas is associated with deposition of β-amyloid protein in the form of senile plaques and formation of neurofibrillary tangles. There is marked cholinergic deficiency in the brain, though other neurotransmitter systems are also affected. Various measures to augement cholinergic transmitter in the brain have been tried. The relatively cerebroselective anti-ChEs have been approved for clinical use. There are number screening models available for preclinical evaluation of nootropics drugs. Newer models are developed in accordance with limitations of the earlier one. In-vitro methods inhibition of acetylcholinesterase activity is measured by determining IC50 with the help of Log probit analysis. In ex-vivo cholinesterase inhibition method the dose response relationship determined for drugs such as physostigmine and tacrine. Studies on molecular form of AchEs are carried in rat frontal cortex and striatum for drug such as donepezil, tacrine. Agents which are H3 receptor agonist are evaluated for [3H] Ach release activity in rat using rat brain slices. The binding affinity of potential nicotinic cholinergic agonist in brain using agonist ligand is determined by [3H]-N- methyl carbamylcholine binding nicotinic cholinergic receptors in rat frontal cortex. In In-vivo methods the inhibitory passive avoidance the test are carried on animals to test the learning and memory capacity of animal by suppressing a particular behavior. It includes step down, step through, two compartment test, up-hill avoidance, scopolamine induced test, and ischemia induced amnesia, memory impairments in basal forebrain. In active avoidance conditioned stimulus is given to the animal, which gives noxious stimulus as a result. It includes runway avoidance, shuttle box avoidance, jumping avoidance. In discrimination learning animals have no choice between the conditioned stimuli. Studies on aged monkeys provides additional advantage for neurobehavioral animal model of aging in that many of behavioral processes thought to be affected by aging. 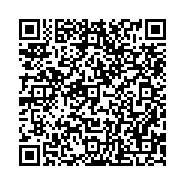