REVERSAL OF MULTI-DRUG RESISTANCE IN MDR CANCER CELL BY 3113, A NEW DIPEPTIDOMIMETIC OF P-AMINOBENZOIC ACID

In this study, we reported for the first time that a new compound named 3113, which is the dipeptidomimetic of p-aminobenzoic acid showed multi-drug resistance (MDR) reversal activity. In MDR cancer cells, no matter acquired or inherent, combination with 3113 enhanced doxorubicin (DXR) cytotoxicity by 8 to 10 folds, which was slightly higher than the effect of verapamil (VPL). 3113 was indicated to enhance the cytotoxicity of anticancer drugs through increasing its intracellular accumulation in a time-dependent manner. According to the result of FCM (flow cytometry), the intracellular fluorescence representing the concentration of intracellular DXR was improved by 10 folds as compared with the MDR cells without 3113. Western blotting analysis of P-glycoprotein (P-gp) confirmed that 3113 can alter P-gp expression in a time-dependent way. In conclusion, MDR reversal activity of 3113 depends on, at least in part, the inhibition of P-gp expression. 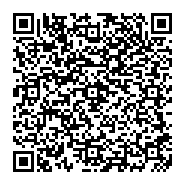