New stability-indicating reverse phase LC method developed and validated for the simultaneous estimation of Lamivudine, Tenofovir DF and Nevirapine in extended release tablet dosage form. Tenofovir and Lamivudine are formulated into immediate release and Nevirapine into extended relase. The chromatographic conditions were optimized using an impurity-spiked solution and the samples generated from forced degradation studies. The chromatographic separation was achieved on a core shell technology C18 stationary phase. The method employed a linear gradient elution and the detection wavlength was set at 260 nm. The mobile phases consists of buffer and acetonitrile delivered at a flow rate of 0.7 mL·min–1. Proposed method was extensively validated as per ICH guidelines. Regression analysis shows an r value (correlation coefficient) of greater than 0.999 for individual active drug substances. The samples were assayed against a qualified reference standard and the mass balance was found to be close to 98.3%. 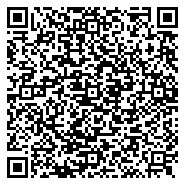