Management of Drug Toxidermia: Experience of the Pharmacovigilance Service of Oran EHU

Introduction: Cutaneous reactions are among the most frequently observed adverse effects after drug treatment. They are a common problem, almost daily for doctors and represent an important part of drug iatrogenic.
Aims: The objective of this work is to study the cases of cutaneous adverse reactions declared in the pharmacovigilance department of UHE Oran to identify the iatrogenic character of the rash.
Material and method: A prospective study was carried out over a period of 30 months from January 2013 to June 2015. It involved 61 notifications accompanied by reporting forms, from different departments of the EHU of Oran. We carried out an analysis of the declaration forms with estimation of the accountability.
Results and discussion: The results of our study show that the toxidermia account for 58% of the reported side effects. 61 patients were collected, the average age was 45 years, and there were a female predominance with a percentage of 54%. The dermatology department is the most reputable service with a rate of 41%. The most common clinical forms were: maculopapular exanthema (31.8%) and pruritus (22.9%). The most incriminated drugs were antibiotics (42.2%) and cytotoxics (22.7%). Accountability was plausible in 32.1% cases and likely in 27.6% of cases. Serious toxidermias account for 21% of reported cases with Stevens Johnson syndrome occurring in half of the reported cases and the class of antibiotics was the most incriminated in the occurrence of these reactions.
Conclusion: The results of our study have highlighted the importance of surveillance for adverse effects in a hospital setting, as well as the role of pharmacovigilance in the management of patients who have had side effects to the use of drugs. 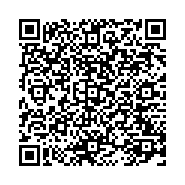