ISOPRENALINE: A TOOL FOR INDUCING MYOCARDIAL INFARCTION IN EXPERIMENTAL ANIMALS

Cardiovascular Diseases (CVDs) remain the principal cause of death in both developed and developing countries, accounting for roughly 20% of all worldwide deaths per year. Due to changing lifestyles in developing countries, such as India and particularly urban areas, Myocardial infarction is making an increasingly important contribution to mortality statistics. Myocardial infarction is defined as an acute condition of necrosis of the myocardium that occurs as a result of imbalance between coronary blood supply and myocardial demand. Isoprenaline/Isoproterenol (ISO) is a synthetic catecholamine and beta adrenergic agonist, which causes severe stress in the myocardium, resulting in an infarct like necrosis of the heart muscle in experimental animal. ISO-induced myocardial infarction serves as a well standardized model because the pathophysiological changes in heart muscle of experimental animal, similar to that observed in human myocardial infarction. The present studies cover the cardioprotective activity of various drugs against Isoprenaline induced Myocardial infarction in animal model. 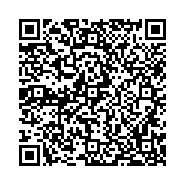