The use of thermostable enzymes in industrial applications has been increasing rapidly due to the fact that they are more active and stable at higher temperatures, and have a longer shelf life. The present study was aimed at isolating and identifying thermostable α-amylase producing bacteria. A total of fourteen bacterial strains were isolated, of which three were found to be potent amylase producers and showed maximum enzyme activity. The three isolates were identified as Bacillus species. The cultures were optimized for maximum enzyme activity on different parameters such as pH and temperature. All three isolates showed maximum growth and produced maximum amount of enzyme after 48 hours of incubation at pH 8.0 in a medium containing nutrient agar and 1% starch. Further, it was found that B7 was stable up to temperature of 80ºC with optimum activity at 60oC. B11 and B13 showed maximum activity at 40oC but were found to be stable up to 70oC. 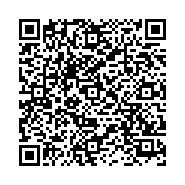