Insomnia, currently the most prevalent sleep disorder characterised by difficulty in initiating and maintaining sleep. Several studies have been carried out in different populations regarding use of medications for its treatment; however there is need for more studies aimed at taking a closer look on the drugs used in our population. Hence, this study was carried out to observe the utilization pattern of drugs for insomnia in our hospital. A prospective observational drug utilization study of 252 patients of both sexes and all ages suffering from insomnia attending the Psychiatry outpatient department was carried out as per WHO – DUS(world health organisation- Drug utilisation study) and DSM – V guidelines. It involved administering a Proforma to consenting subjects whose psychiatric diagnoses were ascertained using Structured Clinical Interview for DSM-V. One hundred twenty patients out of two hundred fifty two patients were from age group 25-45 years and thirty seven patients were above 65 years. Average number of drugs for insomnia per prescription was not more than two. Most commonly prescribed drug were Clonazepam 50(13.9%) followed by Lorazepam 39(10.8%). The newer benzodiazepines like Zolpidem, Zaleplon were also commonly used but Eszopiclone 6(1.67%) was the least commonly used drug. The study concludes the prevalence of insomnia in younger age groups and association of it with other disorders. Benzodiazepines and newer non-benzodiazepine hypnotics were the most frequently used drugs for treating insomnia in our population. 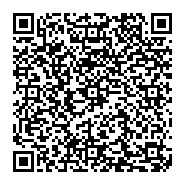