The goal of our investigation was to determine whether the leaf extracts of Trema orientalis held any significant antidepressant and anxiolytic properties. Leaves of T. orientalis was extracted with pure ethanol (EETO). The forced swimming and tail suspension tests were used as predictive animal models of antidepressant activity, where the time of immobility was considered. Anxiolytic activity was evaluated by elevated plus mazes (EPM) and hole board model. For all in vivo tests, doses of 200 and 400 mg/kg body weight were used. The extract also significantly decreases the duration of immobility in both animal models of antidepressant activity, forced swimming and tail suspension tests. In EPM test, the extract significantly increased time spent in open arms compared to control and in the hole board test, they also significantly increase in the number of head pokes in comparison to control. The overall results of the study indicated significant antidepressant and anxiolytic activities of ethanol extract of T. orientalis leaves. So this plant deserves further investigation to isolate the active constituents responsible for these activities and to establish the mechanism of action. 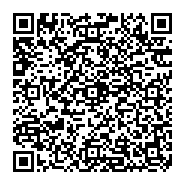