Implementation Drugs and Cosmetics Act, 1940 and Rules, 1945 Among the Southern States of India

Health is a Fundamental Right granted by the Constitution of India. The Government of India passed the “Drugs Act” in 1940 to regulate the import, manufacture, distribution and sale of drugs. The Drugs Control Administration aims at assuring the availability of drugs & Cosmetics of proven quality, efficacy and safety at prices as announced. Pharmacy is the health profession that links the health science with chemical science and it is charged with ensuring the safe and effective use of pharmaceutical drugs. In this study to identify the areas of variation in Interpretation of Drugs and Cosmetics Act, 1940 and Rules thereunder among southern states of India. These findings suggested that lot of banned fixed dose combinations are approved by the different states and difficult to track and trace the substandard drugs and different states adopting different procedure in issuing license for manufacture of drugs among states of India, and even there is a variation in Administrative Actions and implementation of the said Act also. It affects the public health. Hence it requires the harmonization of implementation of Drugs and Cosmetics Act 1940 and Rules 1945 among the States of India. 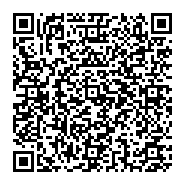