Free radicals are generated during the metabolism of synthetic chemical substances/drugs by liver can cause hepatotoxicity. Supplementation with exogenous antioxidants, including alkaloid compounds from plant sources, may useful for protecting liver against free radical induced hepatotoxicity. P. aculeata has been reported to have potent anti oxidant activity. With this background the present study has been undertaken to explore the in vivo hepatoprotective action of P. aculeata leaves. In the present work leaf extracts of P. aculeata (Fabaceae) was selected to determine its in vitro and in vivo hepatoprotective activity, where hrpatotoxicity was induced by CCl4 (20 mM) for in vitro study and by oral administration of Paracetamol (2 gm/kg) for in vivo study. Extract was administered orally at a daily dose of 200 mg/kg and 300 mg/kg, for 7 days (in vivo). In vitro hepatoprotective activity was assessed by checking the viability of the cells by using Trypan blue dye and by measuring release of cytosolic enzymes in the medium and In vivo hepatoprotective activity was assessed by measuring serum biochemical parameters and endogenous anti oxidant enzymes. The levels of cytosolic enzymes, serum enzymes and endogenous antioxidant enzymes, used as a marker of oxidative damage to hepatocytes, was reversed to the same level as in Normal group in does dependent manner. No obvious signs of toxicity were observed 300 mg/kg treatment dose. 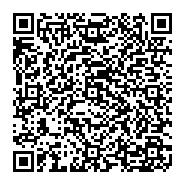