Loperamide is an anti diarrhoeal drug administered orally. It is a poorly water soluble drug with low oral bioavailability. The present study was aimed at increasing solubility of Loperamide and thus enhance its dissolution rate by a novel technique called liquisolid system. Liquisolid compacts were prepared by propylene glycol, Micro crystalline cellulose and Aerosol as solvent, carrier and coating material respectively in different ratios. By performing FTIR it was confirmed that there was no incompatibility between the drug and other excipients. Flow properties of the drug were measured and found to be within pharmacopoeal limits. Taking in vitro drug release, final formulation weight, drug content and flow properties into consideration, formulation F2 was optimized. XRD patterns show that the drug in the formulation got transformed to amorphous form. The optimized formulation showed good dissolution rate when compared to marketed formulation and pure drug. So the liquisolid technique was proved to be efficient in improving dissolution properties of Loperamide. 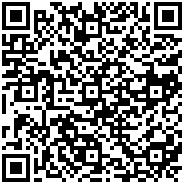