FORMULATION AND EVALUATION OF FLOATING DRUG DELIVERY SYSTEM OF PENTOXIFYLLINE

A sustained release system for pentoxifylline designed to increase its residence time in the stomach without contact with the mucosa was achieved through the preparation of floating microspheres by the emulsion solvent diffusion technique. Four different ratios of either Eudragit RS 100 (ES) alone or with HPMC were used to prepare the floating microspheres. The drug retained in the floating microspheres decrease with increase in HPMC content. All formulation show good flow properties. The microspheres were found to be regular by SEM. FT-IR study confirmed the drug-polymer compatibility. Although pentoxifylline release rate from Eudragit RS floating microspheres was very slow and incomplete but when HPMC was added, release rate increased, at the same time floating ability was decreasing. Formulation F2 containing ES:HPMC (9:1) which showed appropriate balance between release rate and buoyancy could be advantageous in terms of increased bioavailability of pentoxifylline. Formulation F2 was subjected for in vivo anti-inflammatory activity in rats and showed better efficacy compare to standard preparation. 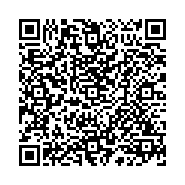