The objective of the study was to develop the sustained release matrix tablets of various concentrations of natural and synthetic hydrophilic polymers on in-vitro release rate from the prepared Atorvastatin calcium tablets. The obtained in-vitro dissolution data were fitted in different models and for F2 batch (higher concentration of xanthan gum) the highest correlation was found to korsesmeyer-peppas(R2>0.9022), which indicates the drug diffusion may takes place by erosion mechanism. Formulation F4 and F6 (higher concentration of guar gum and Carrageenan) the data were fitted in to zero order profile where R2 values were found to be 0.9244 and 0.9348 indicates the diffusion mechanism of drug release. Natural polymers were showing good release rate up to 17 h as compared to synthetic polymer in which the xanthan gum at higher concentration can exhibit drug release rate in predictable manner. 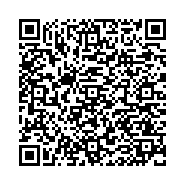