The purpose of this research work was to increase the residence time of drug Cefuroxime axetil by formulating as floating microspheres and to study the effect of formulation variables on microsphere characteristics. Microspheres were prepared by solvent evaporation method in which ethyl cellulose used as a release retardant polymer. Nine different formulations were prepared by changing drug to polymer ratio, volume of internal phase, volume of external phase and stirring time. The prepared microspheres were characterized for drug - polymer compatibility by IR, percentage yield, particle size analysis, drug entrapment efficiency, surface morphology by SEM, bulk density, percentage buoyancy, in-vitro release and release kinetic studies. Results of these evaluations showed that particle size in the range of 58.52 to 77.36μm, encapsulation efficiency was found to be 60.7 to 75.7%, Percentage buoyancy of all formulations were in the range of 62.12 to 81.23%. Fourier-Transform Infra Red (FT-IR) studies ensured that no drug - polymer interaction in the formulated microspheres and the Scanning Electron Microscopy (SEM) photograph revealed that microspheres were spherical in nature with rough surface. In- vitro release profile of microspheres were in the range of 73.47 % to 89.78%, at the end of 12 hrs. In release kinetic studies, most of the formulation followed hiquchi release kinetics and follows anomalous transport (non- fickian) mechanism. This entire evaluation confirmed that drug: polymer ratio has significant effect on microsphere characteristics than the other variables used, and also the in-vivo bioavailability of the drug will increase because the buoyancy of microspheres in simulated gastric fluid was satisfactory. 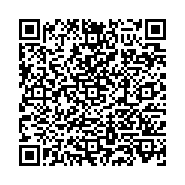