The aim of the present study was to evaluate the Analgesic, anti inflammatory & anxiolytic activities of the Caralluma fimbriata extract. In the evaluation of analgesic activity the model used was Eddy’s hot plate method in which the animals treated with Caralluma fimbriata and standard Pentazocin has significantly increased the latency period of jumping & paw licking when compared with control group animals. The anti – inflammatory activity was screened by Carageenan induced paw edema model in which the animals treated with testing drug and standard indomethacin has significantly reduced the inflammation when compared with carageenan induced inflammatory positive control group animals. In the evaluation of anxiolytic activity the animals treated with the testing drug and standard diazepam has significantly raised the time spent in open arm and a number of entries when compared with control group animals in elevated plus maze model. Since all the animal models used in this study were well established models and used by many authors, so we can conclude that the extract of Caralluma fimbriata has the analgesic, anti inflammatory and anxiolytic activities 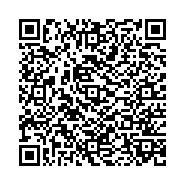