Plant species and their active constituents play an important role in the prevention of a variety of ailments. The genus Alysicarpus comprises of about 30 species, out of which, eight species are found in Pakistan. Only a few species of the genus Alysicarpus have been investigated for phytochemical and biological activities. A variety of potentially bioactive molecules such as alkaloids, flavonoids, phenolics, terpenoids and steroids have been isolated from various species of genus Alysicarpus. It has been reported that these species possess analgesic, anti-inflammatory, antimicrobial, antiplasmodial, larvicidal, mosquitocidal, antioxidant, hepatoprotective, antiproliferative and antifertility activity. This article aims to highlight the ethnomedicinal uses, phytochemical and pharmacological aspects of Alysicarpus species and illustrates the potential of the genus as a source of therapeutic agents. 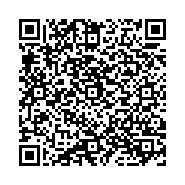