Acetaminophen abuse is common in many parts of the world. At overdose levels it causes hepatic and renal damage and because its treatment is expensive and prognosis is poor in some cases, calls for inclusion of an antidote have been made. Results of a past study showed that inclusion of methionine with acetaminophen in the ratio of 1: 9 did not confer protection on the renal cells at very high level of exposure; 40% and 100% mortality occurred at 3000 & 5000 mg/kg (BW) levels of exposure respectively. The aim of this study is to exclude insufficient methionine in that combination as cause of death in those animals, by using a higher combination ratio of 1: 5 (methionine: acetaminophen). Female Wistar rats were divided into 17 groups (n = 8), 16 groups were administered with different doses of acetaminophen or acetaminophen/methionine ranging from 350 – 5000 mg/kg. The 17th group which served as the control received physiologic saline. Route of administration was by gastric gavage. Whole blood was obtained by retro-orbital bleeding; serum samples were utilized for the estimation of renal indices, using assay kits. Kidney sections were stained with hematoxylin & eosin. The combination ratio of 1: 5 (methionine: acetaminophen) conferred protection on renal cells even at doses as high as 3000 & 5000 mg/kg using biochemical and histological markers as indices of study. Urea, creatinine and uric acid were not significantly different in acetaminophen/methionine groups compared with controls while histology result showed non-visible lesion at all levels of exposure. The results suggested that the effectiveness of methionine as an antidote in preventing renal damage after exposure to toxic doses depends on the use of right combination ratio which in the case of Wistar rats was found to be 1: 5 (methionine: acetaminophen). 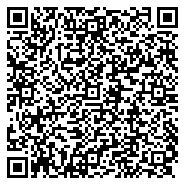