Background: Many plants have been shown to possess antioxidant properties. Aim: To determine the effects of V. amygdalina on Total antioxidant status and malondialdehyde levels in mice treated with acetaminophen overdose. Methodology: Mice were separated into 5 groups of 6 mice each. 300mg/kg of acetaminophen was administered to all groups except group 1. Then V. amygdalina extract was administered to groups 1 and 3 at 50mg/kg and group 4 at 100mg/kg, and group 5 received Vitamin C at 500mg/kg, all treatments were given orally. 8 hours later blood samples were collected by cardiac puncture, livers were excised, homogenised and used for biochemical analysis. Results: Acetaminophen produced a significant reduction in TAOC and a marked increase in MDA levels of mice in groups 2, 3, 4 and 5. These effects were significantly attenuated by V. amygdalina administration, in a dose dependent manner. These effects were comparable with those of Vitamin C. Conclusion: Results suggests that Vernonia amygdalina possesses significant antioxidant effects. 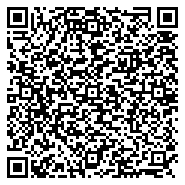