The present study is aimed to study and investigate the effects of binders, lubricants and fillers influencing the drug release from the Diltiazem hydrochloride bi-layered matrix tablets containing matrix components such as natural polymer (Gum Olibanum) and hydrophilic polymer (hydroxypropylmethylcellulose). The amount of drug loading did not affect the drug release which was influenced by the hydrodynamic force and the matrix composition. An increase in the binder concentration (eg: 10, 20 and 30%) correspondingly increased the release rate of drug from matrices except gelatin as a binder. Moreover, incorporation of soluble diluents in core or barrier could enhance the drug release. The release kinetics and mechanism of drug release by regression coefficient analysis and Higuchi constant and Peppas exponential release model equation were also investigated. It was observed that all the fabricated tablets delivered the drug following Higuchi diffusion mechanism and the release mechanism of DHL from matrix tablets indicated Fickian transport mechanism. The in-situ interactions between the drug, polymers and excipients (binders, lubricants and fillers, etc.,) during wet granulation process are also investigated by DSC examination. Most dissolution profiles of the prepared DHL bi-layered tablets provided a better fit to zero order kinetic than to first order kinetic and Higuchi’s equation. All the batches were evaluated by physical parameters like “weight uniformity, hardness, friability, drug content uniformity” and in vitro drug release characteristics as per USP XXIV monograph. The binder’s [starch, gelatin and polyethylene glycol (PEG-6000)] effect on drug release from the dosage form was also investigated. 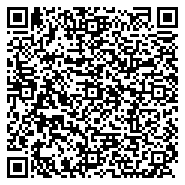