For the highly protein-bound anti-diabetic drugs with a small volume of distribution, competitive binding to human serum albumin can significantly influence the pharmacological activity of drugs resulting in serious fluctuations in the blood glucose levels of diabetic patients. In this paper, competitive binding studies using fluorescence spectroscopic technique have been reported for a wide range of drug combinations involving oral hypoglycemic (anti-diabetic) agents. For the drug combinations used, such studies are not available in the literature. The results indicated that the combination of gliclazide and repaglinide with the studied competing drugs can increase the risk of hypoglycemia in diabetic patients and should be avoided. On the other hand, the corresponding combinations involving glimepiride and glipizide were found safe. The therapeutic efficacy of studied competing drugs, on the other hand decreased in the presence of antidiabetic drugs in most cases. Competitive binding mechanism based on the site-specificity and conformational changes in the human serum albumin molecule has been proposed. 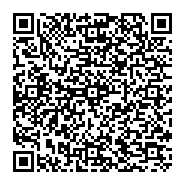