Diuretics are commonly defined as drugs that increase the amount of urine produced by kidney. Arecise definition is that diuretics are the agent which augment the renal excretion of sodium and either chloride or bicarbonate primarily,and water excretion secondarily.The term “saluretic” is sometime used to describe a drug that increase the renal excretion of sodium and chloride ion Diuretics are responsible for increase the rate of urine flow, sodium excretion and to maintain the volume and composition of body fluids in a various clinical Disorders. But drug-induced diuresis is very much beneficial in such type of life-threatening disorders like CHF, hypertension, renal failure, Liver cirrhosis and often pregnancy toxaemia . 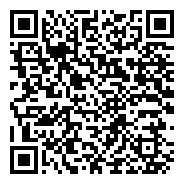