The administration of atropine to a large population for treatment of intoxication carries the risk of allergic or toxic reactions in a small number of patients. It has been reported rarely in the literatures. Psychotic symptoms such as restlessness and excitement, hallucinations, delirium may occur due to atropine. There were ten patients who manifested slurred speech, flight of ideas, visual hallucinations, emotional lability, and ambivalence after intake of atropine. This was a prospective observational study to assess the incidence and other patterns of atropine-induced psychotic disorder in a substance abused patients. The incidence of ADR amounts to be 31.3 % in medicine wards. Psychosis was occurred on the day of administration of atropine and the mean duration of the ADR was found to be 2.7 days. Mean length of the hospital stay was 6.2 days which shows that ADR causes prolongation of the hospitalisation. The causality assessment of psychosis with atropine using Naranjo causality assessment scale and WHO-Uppsala monitoring is indicated as probable association with atropine and severity as moderate. The preventability was assessed by Schumock thronton scale in which most of them are not preventable. The patient was discontinued with the suspected drug. Physostigmine, scopolamine or glycopyrrolate can be given as replacement of therapy in atropine-induced psychosis. Length of the hospital was increased due to ADR. Patient who is taking higher doses causes more incidences of psychotic symptoms than others. So physician should be vigilant while prescribing the doses. 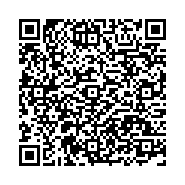