An isocratic RP-HPLC method (Method-A) and two visible spectrophotometric methods (Method B and C) were developed and validated for the determination of Clobazam in bulk and tablet dosage forms. In Method-A, a PEAK chromatographic system equipped with Zodiac C-18 (250mm, 4.6mm and 5μm) column, mobile phase of composition 10:30:60 (v/v/v) of tetra hydro furan (THF), methanol (MeOH) and acetonitrile (ACN), UV detector were adopted for the chromatographic analysis. The output signal was monitored at a detection wavelength at 227 nm and integrated by PEAK Chromatographic Software version 1.06. In spectrophotometric methods, the chromogenic reagents such as Fe (II)-1, 10 phenanthroline (Methods-B) and ferricyanide-Fe (III) (Method-C) reagents were used for color development for the estimation of Clobazam in pure and formulations. The developed methods were validated according ICH guidelines and adopted for the assay of clobazam in the bulk drug and formulations. 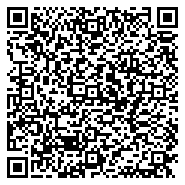