The proposed study, a new stability- indicating RP-HPLC method has been developed for estimation of Epalrestat and Pregabalin in bulk and tablet dosage form. The present method was a sensitive, precise, and accurate RP-HPLC method for the analysis of Epalrestat and Pregabalin. To optimize the mobile phase, various combinations of buffer and organic solvents were used on Xterra-(150x4.6mm, 5µ) column. Then the mobile phase containing a mixture of Ammonium acetate buffer (pH 10): ACN 70:30 % v/v was selected at a flow rate of 1.0 ml/min for developing the method and the peaks with good shape and resolution was found resulting in short retention time, baseline stability and minimum noise. The retention times of Epalrestat and Pregabalin were found to be 2.516 min and 3.132 min respectively. Quantitative linearity was obeyed in the concentration range of 37.5-225 and 18.75-112.5 µg/mL of Epalrestat and Pregabalin respectively. The limit of detection and limit of quantification were found to be 0.19µg/mL and 0.57µg/mL (Epalrestat); 0.50µg/ mL and 1.51 µg/mL (Pregabalin) respectively, which indicates the sensitivity of the method. The high percentage recovery indicates that the proposed method is highly accurate. No interfering peaks were found in the chromatogram indicating that excipients used in injection formulations didn’t interfere with the estimation of the drugs by the proposed HPLC method. 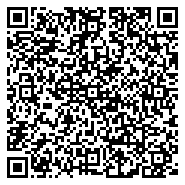