The aim of the present research was to systematically investigate the main, interaction and the quadratic effects of formulation variables on the performance of self-emulsifying drug delivery system (SMEDDS) of Repaglinide using design of experiment. A 15-run Box–Behnken design (BBD) with 3-factors and 3-levels, including 3 replicates at the centre point, was used for fitting a response surface. After the preliminary screening, Maisine 35-1 as oil, Capryol PGMC as surfactant and Acconon C 30 as co-surfactant were taken as independent variables. The dependent factors (responses) were dissolution after 5 min, dissolution after 10 min and. particle size. Coefficients were estimated by regression analysis and the model adequacy was checked by an F-test and the determination coefficient (R2 ). All the responses were optimized simultaneously by using desirability function. Our results demonstrated marked main and interaction effects of independent factors on responses. The optimized formulation consisted of 50.82 mg i.e.10.15% (w/w) oil, 250 mg i.e.49.92% (w/w) surfactant and 200 mg i.e. 39.93% (w/w) co-surfactant, and showed 91.0% dissolution after 5 min, about 100.0% dissolution after 10 min, and average micelle size of 49.23 nm. For the optimized formulation, predicted value and experimental value were in close agreement. The BBD facilitated in the better understanding of inherent relation- ship of formulation variables with the responses and in the optimization of repaglinide SMEDDS in relatively time and labor effective manner. 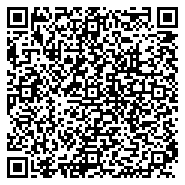