Cubosomes are discrete, sub-micron, nanostructured particles of the biscontinuous cubic liquid crystalline phase. It consists of honeycombed structures separating two internal aqueous channels and a large interfacial area. Cubosomes are composed of polymers, lipids and surfactants with polar and non-polar components hence said as amphiphilic. Thus cubosomes are bicontinuous cubic liquid phase enclosing two separate regions of water divided by surfactant controlled bilayers and hence the prodrugs and cyclodextrins can be incorporated into it among others. Cubic liquid crystals are physically transparent and isotropic phases that are stable in excess water and show a unique system for the production of pharmaceutical dosage forms. The structure of cubosomes generally maintains the efficacy; stability of actives such as vitamins and proteins. Cubosomes are thermodynamically stable; lasting indefinitely. Colloidal dispersions of cubosomes can be stabilized by the addition of polymers. Improved stability of drug in formulation, desired particle size range, maximum drug loading capacity and well controlled drug release made cubosomal systems superior to other novel delivery systems like solid lipid nanoparticles, microemulsions, microspheres and liposome. The choice of technique depends on the nature of polymer as well as the nature of drug and the duration of therapy. The most important physico chemical factors that may be controlled in cubosome manufacture are also being considered. The cubosomes offer well controlled delivery to variety of drug candidates like anti-inflammatory compounds, local anesthetics, antibiotics and anticancer drugs and the lipid entrapped cubosomal vaccines. The controlled release application of these nanoparticles is of a great significance in cosmeceutical and pharmaceutical fields. 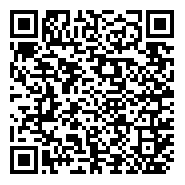