One of the most vital challenges for Transdermal Therapy is the skin, itself acting as a barrier. Hence, in this study, an attempt was made to elucidate the transdermal permeation potential of Surfactant (Brij-58 & Brij-30)in comparison to terpene (clove oil) using Aceclofenac as a model drug. The in vitro skin permeation studies for aceclofenac in various drug solutions revealed that the drug in Isotonic phosphate buffer was able to permeate skin with a flux which is not significant for transdermal permeation from any formulation. Addition of co- solvent (ethanol 95%) resulted in an increase in the flux. Different skin permeation enhancers were tried in an attempt to increase permeation of the drug in order to achieve the desired plasma concentration of aceclofenac. Enhancers tried included, Brij-58, Brij-30 and Clove oil. All skin permeation enhancers increased the flux of drug with respect to their respective controls. An increase in both the flux as well as permeability coefficient of the drug was seen when the concentration of enhancers was increased from 1% to 2% in case of Brij-58 and Brij-30 and from 1-10% in case of Clove oil. On the basis of these studies 2% Brij-58 which showed highest permeation potential was selected as permeation enhancer for the design of Transdermal Therapeutic System. 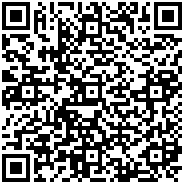