Cancer is a group of diseases with a high incidence worldwide. Since existing treatments have extremely strong adverse effects and are often inaccessible to many patients, it is necessary to seek alternatives. The aim of this study was to explore the effectiveness of infusing Plumbago pulchella Boiss and its main metabolite, plumbagin, on L5178Y tumor growth and survival time of the animals. The acute toxicity of Plumbago pulchella Boiss infusion was also evaluated. The results showed that the antitumor effect both infusion and plumbagin was the same, regardless of the concentration or the route of administration (oral / intraperitoneal), nor which is given as a single exposure or every 48 hours. The tumor size was inhibited between days 8 and 14 of treatment; however there was no increase in survival time of the animals. The Infusion of Plumbago pulchella shows no toxic effects. No macroscopic alterations were noted in the viscera of the treated rats. 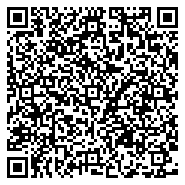