A novel rapid, specific and sensitive liquid chromatography tandem mass spectrometry (LCMS/MS) method was developed for the simultaneous determination of Azelnidipine and Olmesartan in K2EDTA human plasma. The method involves simple, solid phase extraction procedure and separation with an C18 column (5 µm, 100 x 4.6 mm) with Acetonitrile/5mM Ammonium Formate pH-3.00 [80/20, V/V] isocratic elution at a flow-rate of 1.0 mL/min with a total run time of 3.0 minutes. Labeled isotopes were used as the internal standard. The protonate of analyte’s were quantitated in positive ionization by multiple reaction monitoring with a mass spectrometer. The mass transitions m/z 583.300 →167.200 and m/z 447.400 →207.000 were used to measure Azelnidipine and Olmesartan respectively. The method was developed and validated using 200 µL of plasma, over a concentration range of 0.100 – 40.070 ng/mL for Azelnidipine and 3.001 – 1200.340 ng/mL for Olmesartan. The intra and inter day Precision and Accuracy values were found to be within the assay variability limits as per regulatory guidelines. The method was successfully applied to a pharmacokinetic study involving a single oral administration of a combination tablet to human male volunteers. 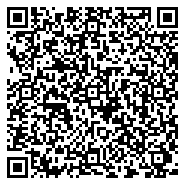